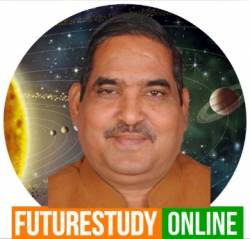 World Fame Renowned Astrologer Pt. Lakshmi Shankar Shuklar has Visited to many countries namong them Holland, Germany, France, Italy , Austria, Nepal, Dubai, Thailand, etc fo jyotishnconsultation, teaching and seminors. He Passed M.A in Astrology from Sampurnanand Sanskrit University, Varanasi. (30 Year Experience in Jyotish). he covers a large number of areas including, but not limited to, career, business, foreign travel, disputes in marriage, disputes in business partnership, finance, love & relationship prospects, education, competitive exams, property, personal matters, job transfers, evil eye, marriage, match-making, childbirth, health, muhurta, nVastu Shastra and much more, He is helping many people from all over India to resolve the nproblem that they face in their life. He is a dedicated astrologer, whose advice and suggestion nis received by many people with high value and find peace in it. n n n Astrologer Pandit Lakshmi Shankar Shukla was born in Varanasi, the holiest place in the world. By virtue of birth in the city, one lives astrological principals as part of daily customs and rituals, and education in astrology is as much a way of life as a focus of study. nnPandit Shukla comes from a traditional Hindu Brahmin family of astrologers in Varanasi, where the practice of astrology has been passed from generation to generation, and he was taught astrology in childhood by his grandfather, also a renowned astrologer. Pt. Shukla also holds a Post-Graduate Degree in Astrology (Jyotish) from the famed and prestigious Sampurnanand Sanskrit University, Varanasi. nnThus, Pt. Shukla comes from a tradition that understands astrology as both a mathematical science and one which applies numerous laws and principles of life. Astrology is also a style of thinking which holds paramount the premise that all life is sacred and connected to an organic whole. nnPt. Shukla was associated with Maharishi Vedic University (Vlodrop), Holland as Senior Lecturer in Astrology, and has visited many countries: Holland, Germany, France, Italy, Austria, Belgium, Switzerland, Thailand, Nepal and Japan. By the blessings of Maharishi Mahesh Yogi, he has received many opportunities to study how astrological principles are expressed differently in different countries. Pt. Shukla is an expert in integrating the astrological principles of Vedic astrology into different cultures. ​nnConsidered a teacher of teachers, Pt. Shukla is credited for training countless astrologers in advanced methods of delineation. He has been the Keynote Speaker in many symposiums, and continues to be sought after for lectures and teaching engagements, wherever individuals wish to learn Vedic astrology. He now resides in the holy city of Varanasi, and travels extensively throughout India and abroad, teaching astrology and giving astrological consultations. He is available for consultations around the clock.

Very nice prediction it really help me. The kundali analysis is good

He is very good astrologer thanks for consultation